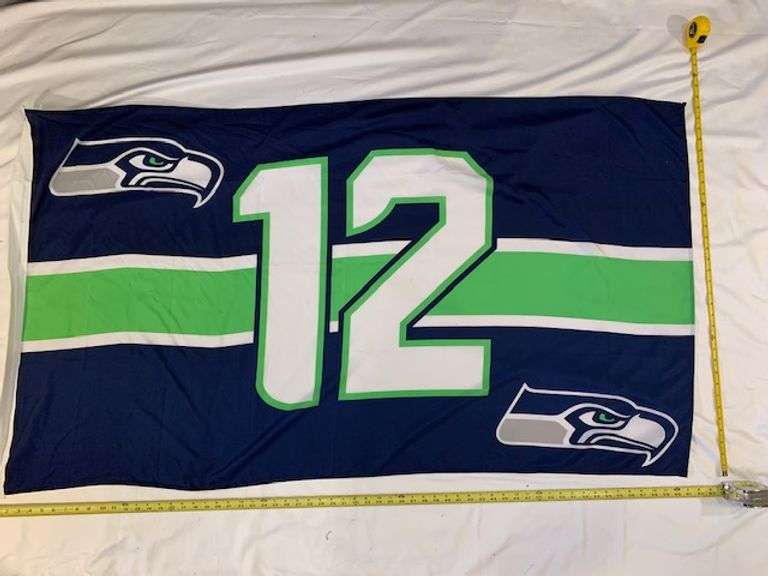 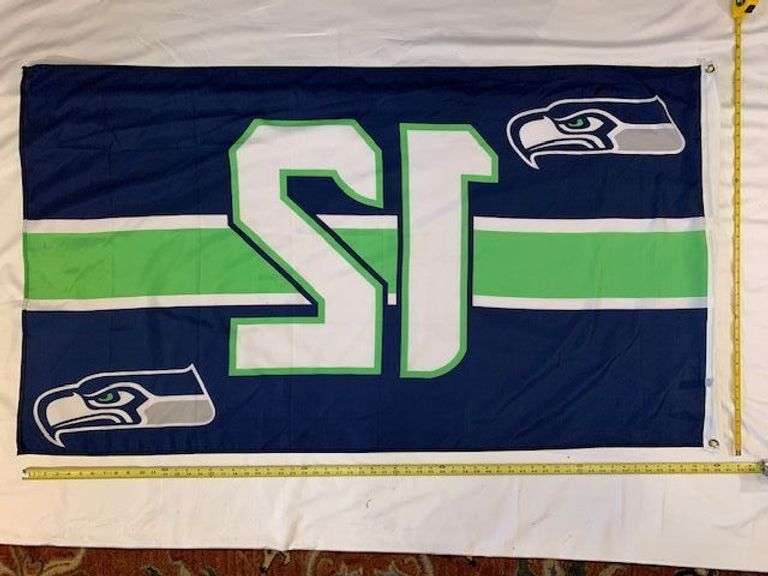 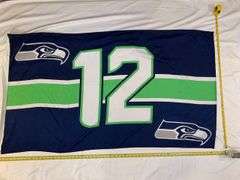 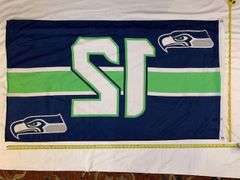 Like new flag that supports the fans of the Seattle Seahawks.  In addition to the eleven players on the field, the Seahawks stadium was designed to maximize the volume of the sounds of the fans, dubbed "The Twelfth Man."  This image honors the 12th player on the Seattle Seahawks National Football League team.  Metal grommets.  Back side is a reverse "mirror" image of the front side.

Includes two images of the mascot, the sea hawk.

No donations for this lot
Washington
United States

A total of 36 flags are offered by diehlauctions.com as well as one brand new Annin flag pole holder (total:  37 lots).

Most of the flags are in like-new condition and if not, the condition or any flaws are noted in the description.

diehlauctions.com charges a buyers premium of 10% on every winning bid.  For example, a winning bid for $20 will appear on your credit card statement as $22.  In addition, we are required to collect WA State sales tax (currently, 10.1%) on all purchases.  In this same example, your final purchase price would be $24.22.  All flags are mailed via US Postal Service at no charge to the buyer.  The Terms and Conditions of Sale found at the bottom of our website, applies to all purchases.

Thank you for bidding on our flag collection!